More than two hundred people gathered in the West Bank town of Anata to celebrate the rebuilding of Beit Arabiya, home of Salim and Arabiya Shawamreh family. Since 1998, this home has been demolished five times by the Israeli government but rebuilt each time by the Israeli Committee Against House Demolitions (ICAHD) as a political act of resistance to Israel’s demolition policies, which are illegal under international law. 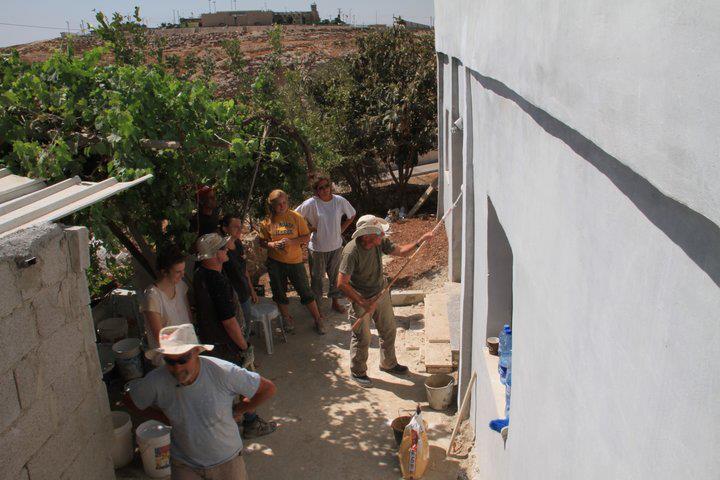 The home was rebuilt during ICAHD’s tenth annual rebuilding camp that attracted more than thirty internationals that stood side by side with Israelis and Palestinians who refuse to be enemies, demonstrating that there are partners for peace. Within two weeks, the pile of rubble left after the demolition of the house in the middle of night on 23 January earlier this year, was transformed into a fully functioning house with extensive terrace, made possible by nearly one hundred additional volunteers, including international youth, part of summer delegations to Palestine who worked with temperatures soaring over 30 degrees C and with limited water supplies.

During the camp, ICAHD provided an extensive educational programme allowing camp participants to witness the situation on the ground and learn about the requirements for a just and sustainable solution for both Palestinians and Israelis. As the camp drew to a close, the internationals, ranging in age from 18-75, said that the camp far exceeded their expectations in every way. “It’s been the most positive two weeks of my entire life. I was so glad to see so many young people here; their commitment to peace with justice gives me hope for the future,” said Gordon from the USA.
“This has been an intensely emotional experience. We’ve rebuilt a home, which is great – but knowing that we’ve rebuilt Beit Arabiya, the symbol of hope to all Palestinians, enabled us to participate in their steadfastness,” added Galen from the UK. 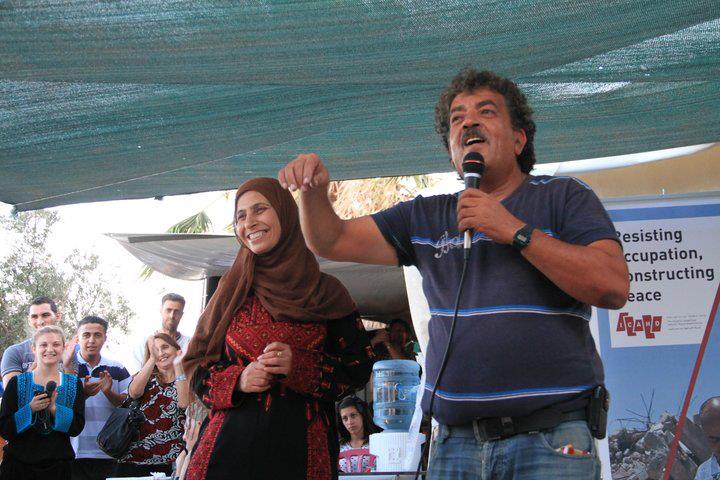 Every year hundreds of Palestinians are forced from their homes, homes built on land they own. Since 1967 Israel has demolished more than 26,000 Palestinian homes in the West Bank, East Jerusalem and Gaza. ICAHD has rebuilt a total of 186 Palestinian homes illegally demolished by Israel and is determined to see this cruel policy stop. ICAHD Director, Prof. Jeff Halper, calls the rebuilding “an overtly political act of defiance. By rebuilding, we set alternative facts on the ground.” The Shawamreh family applied three times to the Israeli Civil Administration for a building permit and was refused each time, as were 94% of Palestinian permit applications since 1993. Having no other alternative, they proceeded, as have thousands of other Palestinian families, to build their home, in which they lived for five years despite having been issued a demolition order. 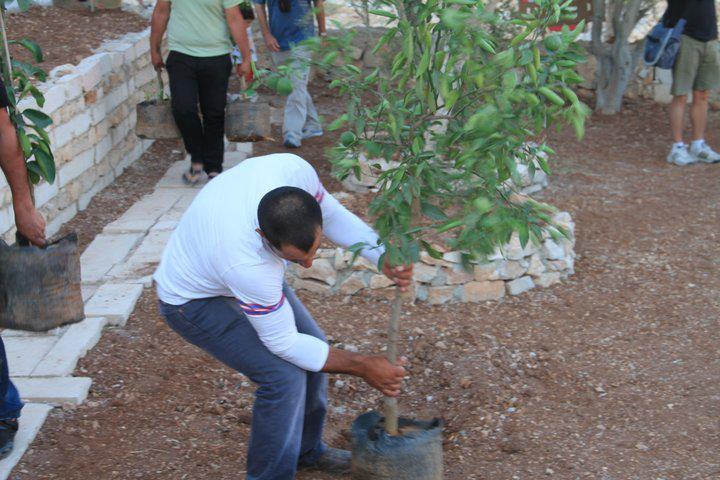 On June 27th, the United Nations Human Rights Council received the annual report of Prof Richard Falk, Special Rapporteur for Human Rights in the OPT. Falk highlighted the disturbing case of Salim and Arabiya Shawamreh, and stated it was “illustrative of a common Palestinian complaint that their property rights are indirectly usurped through the denial of formal permits and the subsequent issuance and execution of demolition orders.” The UN expert further highlighted that “while it will be rebuilt once again next month, the family will live under the threat of having its home demolished at any moment. The ever-present threat of Israeli bulldozers perverts the sense of normalcy so essential for raising children.”